“I have learned the secret of being content…”
(Philippians 4:12)

At times I hear individuals attempting to encourage others, urging them to be content in whatever their circumstances. But Paul, who wrote the above sentence, doesn’t exactly say that.

Nowhere are we told to admonish or encourage others to be content in their circumstances. Or to make an attempt to presumably comfort others who are in difficult circumstances by saying they should aim to be content. (To the contrary, we are generally strongly admonished to help them, not tell them to be content.)

What Paul actually said, which is far more powerful, is this: “I have learned the secret of being content.” That’s very different. It’s not a command; it’s a powerful example. Let’s take a look at this glimpse into the personal life of Paul, and what he really said:

After discussing the fact that the Philippians gave him significant resources to help him out, and after thanking them for their generosity, he concludes by talking about something very personal. He says “I have learned…”. Here, Paul gives us insight to his own process by saying he had to learn. Personally, I find this hopeful. I also want to continue to learn this way of living.

“I have learned the secret….”. Now we hear the word that is generally left out when individuals preach at each other about accepting their lot and being content. Paul did not just learn to be content. He learned the secret of it. The Greek word indicates instruction, or the secret to being instructed, and the King James actually uses the word “instructed.” I want to know that secret. I want to learn.

“I have learned the secret of being content…”. There are a number of Greek words, with various nuances of meaning, which are all translated to the single English word—content. None of the Greek words carry with them the notion of bland acceptance. While a couple of the Greek words indicate the emotion of consolation (the feeling that the word comfort generally carries in English), most are, instead, energy words, and action words. The one Paul used here is that type as well—an energy word regarding sufficiency, of being instructed regarding sufficiency in “any and every situation.” That alone, in my opinion, would be a supernatural act.

So, what is a part of that instruction, part of the secret?

It must be in the final sentence of Paul’s thought: “I can do all this through him who gives me strength.” (italics mine).

I’ve been thinking about using Paul’s description of what has happened for him as a weekly prayer. Asking God for his powerful strength to flow into me, and for his amazing instruction of actions to take to be able to say the following:

Apostle Paul, Letter to the Philippians 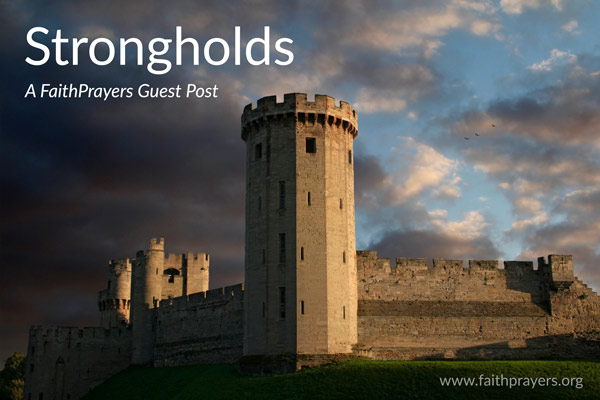