I know not by what methods rare…
But this I know, God answers prayer. 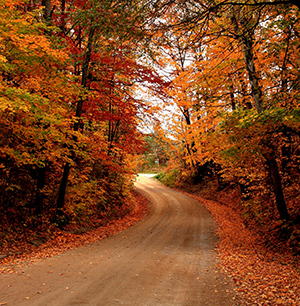 The above quote hung on my mother’s refrigerator for a long time. I kept reading it, over and over as we would make meals, clean up, or when I would stop in to do laundry and raid the refrigerator for a sandwich — until finally, one day, I asked her if I could have it. She smiled, and nodded her head. “You sure can,” was her only reply, as she took it down from the front of her refrigerator and handed it to me.

It found its new home on my own refrigerator door, the paper already partly torn and old. By the time it had to be replaced with a freshly typed version, the old green piece of paper was nearly disintegrating. But not one word of the message had been torn or was unreadable, even then.

My mother believed in prayer. Maybe it would be more accurate to say — instead of saying she believed in prayer — that she believed God heard and answered prayer. My father, known around the world for his preaching and mission work, often gave much credit for his life and work to my mother’s prayers. It wasn’t just lip service or sentiment, he meant every word. I myself credit God’s answers to my mother’s prayers for many events in my life. Just this week someone from another state sent me a handwritten note regarding her, commenting: “how precious and powerful she was as a prayer warrior.”

Yet, as much as she believed God answered prayer, and had the irrefutable evidence to support that claim, and as much as numerous people around her quickly turned to ask her to pray for them, and as much as whole groups of people were astonished at God’s answers to her prayers, there were times she felt she was getting nowhere in praying for something.

Just as I can recall her rejoicing at yet another of God’s powerful prayer answers, I can also see her sitting across the table from me, and hear her say, more than once, as she shook her head in frustration, “I feel like my prayers are hitting the ceiling. Going nowhere. ”

But she didn’t give up. The times of confusion and of not understanding — or worse, of realizing the answer was going to be, simply, “no” — did not outweigh the stack of evidence of God’s powerful work and action around her.

I think that is the tripping point for many of us as we pray: What if what we are praying and asking for doesn’t happen? 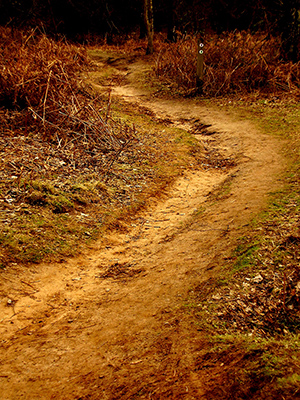 Current speakers and writers give many reasons why our prayers might not be answered. Some maintain that unforgiveness can hinder our prayers. That one seems to be supported by Jesus, who spoke of the importance of forgiveness of others when praying (Mark 11:25-27). Others talk about how we don’t get answers to our prayers because we aren’t praying in some certain way, which doesn’t seem supported by anything, certainly nothing in the Bible. Others say that sin can hinder our prayers. That’s quite true, but also not true. God hears the prayers of sinners.

But very few writers or speakers seem to talk of authentic trust. Of faith in the old sense, not as a trumped-up emotion, but of trust in God Himself. There are times, on this walk through life, when nothing makes sense. We do not understand why many things happen. We are at a loss to explain to anyone, including ourselves, why certain events unfold.

Sometimes we are certain that we ourselves know what is best for another person and eagerly pray along that line, disappointed when it does not go “our” way for them, only to discover much later that God had a completely different life path for them than anything we would have envisioned. We were actually in God’s way, not part of the solution.

The issue of trust is paramount. There is a Hebrew scholar, who has studied the most ancient forms of the language, who says that the word ‘faith’, back then, was not used the way we use it. Then, to those ancients, it did not mean knowing how or when God would act. It originally meant something inside of us; it was an action word, not passive, and it meant that a person would have a strength, an internal firmness towards the very will of God.

God is listening and He is answering. He knows the roads and the way home.

It’s a matter of trust.

(Second in a series of articles on prayer)

Trust in the LORD with all your heart, and do not rely on your own understanding. In all your ways acknowledge him, and he will make straight your paths.