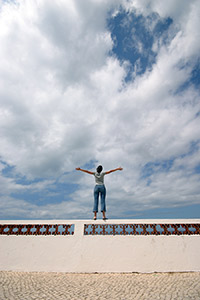 There is an old spiritual, barely sung anymore, that captures the essence of a heart’s cry to God. “It’s me, it’s me, oh Lord, standing in the need of prayer.”

Me. What a hard word, sometimes, to say. To admit.

Many people are in need of prayer — and that is certainly at the heart of the mission of FaithPrayers. But at the end of the day, one thing stands out clearly: we all need prayer. And, we all need to pray.

Sometimes those in the helping professions — the nurses, teachers, therapists, etc. — find, at the end of a day of giving to others, that “It’s me, O Lord, who is standing in the need of prayer.” But not only because they have given so much, which they may have done, but simply because we all do need prayer. It’s not only when we have given, or when crisis strikes, that we need prayer. We need great prayer on the day when things are the most right, when things are the best they have ever been. Because we always need both to pray and have others praying for us.

“It’s me, O Lord, standing in the need of prayer…” It’s an old song, the author unknown. How fitting, but how sad too, somehow, that the author is unknown.

The song is also a version of the prayer of the publican, or tax collector, that Jesus spoke of as recorded in Luke 18:

“To some who were confident of their own righteousness and looked down on everyone else, Jesus told this parable: “Two men went up to the temple to pray, one a Pharisee and the other a tax collector. The Pharisee stood by himself and prayed: ‘God, I thank you that I am not like other people—robbers, evildoers, adulterers — or even like this tax collector. I fast twice a week and give a tenth of all I get.’ But the tax collector stood at a distance. He would not even look up to heaven, but beat his breast and said, ‘God, have mercy on me, a sinner.’ I tell you that this man, rather than the other, went home justified before God. For all those who exalt themselves will be humbled, and those who humble themselves will be exalted.” (Luke 18: 9-14).

Standing in the need… there is an enormous difference between being a needy person, as we sometimes use that term today, and about positioning ourselves in a place that we know is honest and accurate before God. It’s about owning a truth.

Standing in the need… an old term, not really used today. Searches on the internet or in books are to a large extent fruitless and mainly consist of various renditions of the question, “What does that even mean — to stand in the need?” Does it mean that the singer is in need of others to pray for him or her? Or does it mean that the singer is realizing that he or she personally is in need of spending more time in prayer? Does it mean to recognize a need where one was previously blind to it?

But the writer of the song knew, and the generations past who sang the spiritual knew. And I find it strikes my heart with more power than almost any word that either academics, psychologists, or theologians have come up with. To stand in the need makes greater sense to me than labels and terms. To just stand in that place where you know you need God, whatever else happens.

Standing in the need of prayer… perhaps an acknowledgment of our utter dependence upon God.

Today, at some point, stop what you are doing, and repeat these words, aloud. Definitely aloud:

(Third in a series of articles on prayer)

Thank you to everyone who has given to support this ministry. If you have never supported FaithPrayers, or it has been a while, would you consider a one-time or monthly gift in the near future? Your support is deeply appreciated.