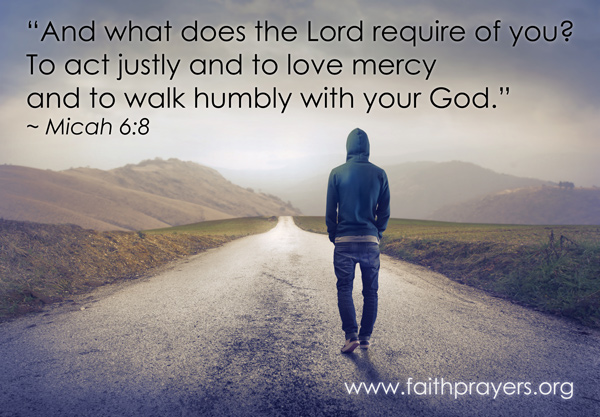 “And what does the Lord require of you?
To act justly and to love mercy
and to walk humbly with your God.”
Micah 6:8

Not long ago, I was reading a morning news article describing one of the oldest fragments of human writing that has ever been discovered, recently found in the Middle East. The ancient phrases on it all had to do with the importance of helping the poor. It was stated as an imperative.

As a child, I walked among the cardboard houses erected on the streets of Accra, Ghana, and watched as children went in and out of the flimsy, sometimes rain-soaked and crumbling cardboard boxes. Watched as women and men attempted to make some sort of home for their families. I knew then what I also know now: no one should have to live this way. Not when there is such vast wealth in this world of ours.

Similar scenes are duplicated millions of times over around the globe.

But at my desk that morning with my coffee, I stared at the news article and re-read the few lines from the distant past. The scientists and researches excitedly told of the well-preserved document, a hand-written note from someone many thousands of years ago, on which was written one of the messages of the ages: “help the poor.”

Thoughtful and well-constructed programs are beneficial, but I wonder what would happen if we also just looked around and followed the ancient imperative. If you see someone poor… help them.

It really can be that simple: Help Them.

“Religion that God our Father accepts as pure and faultless is this: to look after orphans and widows in their distress …” James 1:27